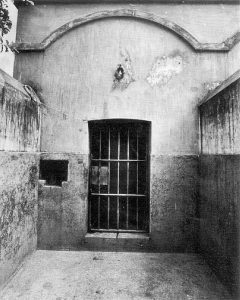 fortnight Swami Vivekananda gave him instructions on yoga. Later he is believed to have also told Swami Vivekananda’s younger brother Dr Bhupendra Nath Datta – “I heard his voice.” MacLeod wanted to confirm what Sri Aurobindo had made known and wrote a letter to the Mother. Sri Aurobindo reiterated on his earlier view when Mother asked him about the experience. The two letters are still of extreme importance and relevance and are a milestone in Sri Aurobindo’s metaphysical experience.

seven years after his death – that Swami Vivekananda came to him, not in vision – but in actual fact – to help him to continue the work, that he had not finished? … If so, it explains to me – who lived seven years with Swami Vivekananda – January 29, 1895 to April 1902 – of what those who go to Arabindo’s Ashram are finding there – with him.

In sincerity and affection

“Sri Aurobindo says that Vivekananda came to him not in a visible form but as a presence which was with him for a fortnight during which V. spoke certain things about the process of the higher Truth-Consciousness. …” 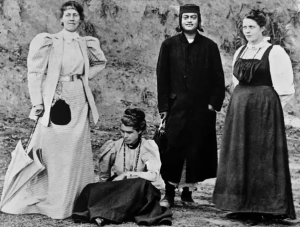 Vivekananda. She was an active participant of the Ramakrishna–Vivekananda Movement. MacLeod was very close to Swami Vivekananda and had also moved around with him as a disciple for seven years since she arrived in India. She was also very close to Sister Nivedita and kept exchanging letters with her on different issues and over a huge period of time. Most of Nivedita’s total collection of 856 letters consist of correspondence with MacLeod. She also took the role of spreading Swami Vivekananda’s message to the West and also contributed in the cause of India’s freedom movement through financial and other help.

Her first mystical experience and response when she first saw and heard Swami Vivekananda speaking the Bhagavad Gita to an American crowd sometime in 1895: 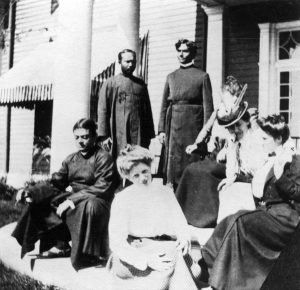 “I saw with these very eyes, Krishna himself standing there and preaching the Gita. That was my very first wonderful vision. I stared and stared … I saw only the figure and all else vanished.”